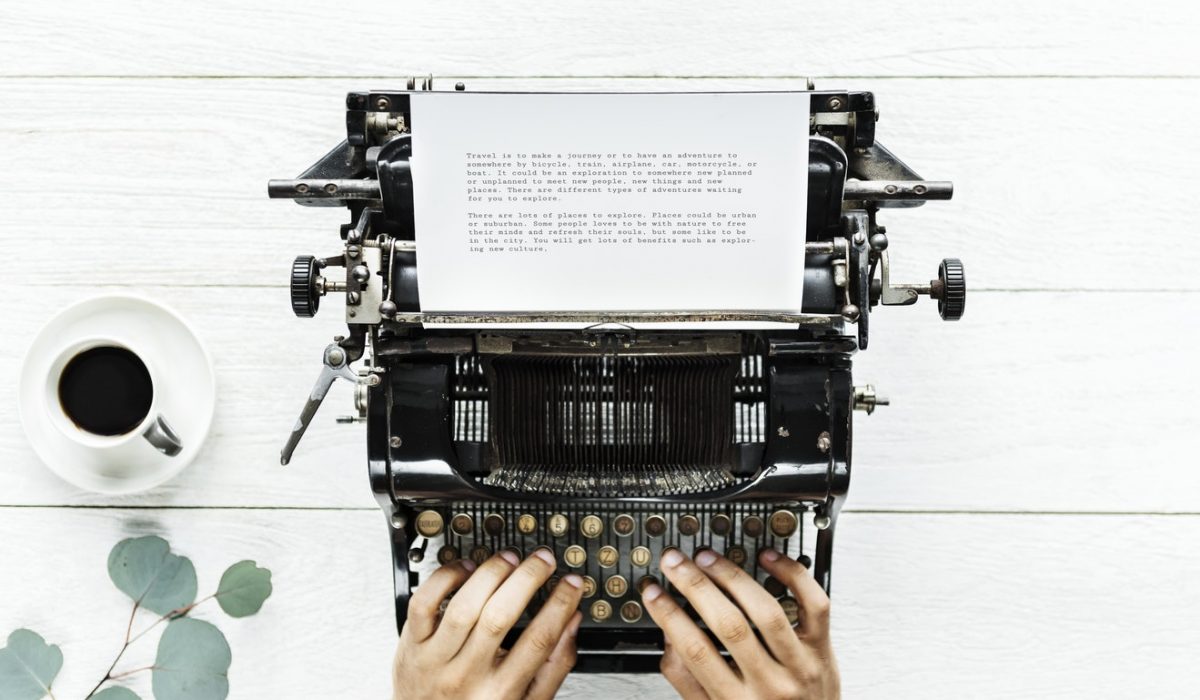 Ever since the days of Edward Bernays, scholars have sought to distinguish between those forms of strategic communication that have their legitimate place within democratic society (Fröhlich, 2015), and propaganda – the illegitimate black sheep in the family of persuasion. Over time, numerous avenues have been proposed, each drawing upon different criteria. At the same time, propaganda has remained a contentious construct, abused for political slander and often discarded as a useful means for distinguishing pathological from permitted or even protected communication practices. Given the present devolution of political mass communication to include countless voices and agendas, complex channels and an explosion of claims and issues, how can we hope to distinguish propaganda from legitimate political strategic communication?

Among the most common distinctions, authors have referred to the selfish intent, manipulative techniques and laissez-faire attitude toward accuracy attributed to propaganda (Jowett & O’Donnell, 2011). Unfortunately, none of these criteria have proven particularly robust: To begin, the use of communication for selfish purposes and in direct disregard for the interests of the audience neither discriminates nor encompasses all propaganda. On the one hand, it appears a bold assumption that all political campaigners, activists and advertisers generally employ strategic communication in non-selfish ways or sincerely respect the wishes of the audience. On the other hand, not few propagandists sincerely believe they are enlightening the public about their true interests – think of socialist re-education or religious radicalism. Either way, communicators’ motives are often unknowable, and the true interests of the audience are a slippery construct at best. Likewise, referring to the alleged falsehoods and lies spread by propaganda causes more problems than it solves: As democratic politics, journalists and even science are anything but immune against error, distinguishing accidental falsehoods from deliberate lies again requires introspection, not to mention a solid knowledge of what is true. Even if such certitude were attainable, many claims advanced by both propagandists and others are not accessible to judgments of truth or falsehood as they concern interpretations, normative implications, or future projections. Moreover, many have noted that propaganda frequently relies on factually correct claims, while the distortion rests in what is omitted, suggested and implied; however, were we to include all communication that omits potentially critical information in propaganda, the realm of legitimate strategic communication would remain woefully unpopulated (Ellul, 1973). In consequence, any communication inevitably “manipulates” the available information, suggesting specific interpretations where others might be equally plausible. Yet, when does this inevitable framing of communication turn illegitimate? Not only propagandists, but also advertisers, campaigners and PR professionals stoke emotions, appeal to cognitive biases and engage in simplifications that may or may not be defensible given the specific context. While existing definitions of propaganda suggest an objective distinction between legitimate and illegitimate strategic political communication, none of the advanced criteria are capable of redeeming this ambition: Not only are they unsuitable to conceptually distinguish propaganda, but even ascertaining where a given act of strategic communication stands on these criteria is often impossible without presuming unrealistic amounts of knowledge concerning actors’ intentions, achieved effects and objective truths.

To make things worse, each of these difficulties has been exacerbated by recent developments in digital political persuasion. Establishing new digital economies, selfish motives for engaging in strategic communications have multiplied. People generate political content for reasons ranging from political persuasion, to the generation of attention, positive social feedback (e.g., likes) and advertising revenue (e.g., clickbaiting), to the curation of follower networks and collection of person-related data for all kinds of purposes both mundane and oppressive. Not only has political misinformation become a tool of economic exploitation and personal identity politics, which may be fully disinterested in the ensuing political effects, but also the differentiation between means and ends of political communication is increasingly blurred: Where does extremist trolling cease to be a provocation, generating hilarity at the expense of others’ outrage, and become a means of incitement or the deliberate disruption of democratic discourse? Are social media platforms the perpetrators, victims or unwitting bystanders when their algorithms curate for users an ideologically matching diet of contents produced by campaigners, microtargeting companies or community-based conspiracy theorists (Sunstein, 2001)? In addition, the avalanche of unverified, baseless or deliberately fabricated “evidence” circulating on the web not only further complicates the evaluation of falsehood and truth, it also increasingly blurs the boundaries between strategic disinformation, neglectful misinformation, and the kind of indifferent bullshit production that never considered the accuracy or political impact of rendered statements (Southwell, Thorson & Sheble, 2018). While propaganda as a form of strategic political communication has anything but parted from the digital world, traditional distinctions have become increasingly obsolete as guideposts aiming to distinguish propaganda from legitimate strategic communication.

In response to these challenges, I wish to propose a somewhat different avenue to distinguishing propaganda. To do so, I depart from two – simplified, but useful – normative principles that underlie democratic public communication. On the one hand, democracy is impossible without a pluralism of viewpoints (Baden & Springer, 2017). In democratic public communication, it must always be legitimate for people to pursue divergent interests, and formulate discrepant opinions toward any given political issue. On the other hand, while everyone may be entitled to their own opinions, there is no space in democratic discourse for people sustaining their own facts: Rather, democratic discourse requires some means for consensually defining those issues under debate (Habermas, 1997). From this point of departure, it becomes possible to define propaganda as anti-democratic form of strategic political communication: On the one hand, propaganda violates democracies’ pluralism principle to the extent that it constructs a normative monopoly wherein no further dissent is permitted. To debase legitimate dissent, propaganda misconstrues normative choices as objective “truths” – be they natural-biological (e.g., race-based supremacism, patriotic imperatives), historical-philosophical (e.g., historical materialism, progressivism/traditionalism) or scientific-technical (e.g., technocracy). On the other hand, propaganda undermines democratic discourse’s conventional epistemology by eroding public confidence in the possibility of evaluating facts and forming intersubjective knowledge. To do so, propaganda floods the public realm with baseless or contradictory claims, attacks those institutions involved in the evaluation of relevant facts (notably, journalism, science, criminal prosecution) and suggests that no intersubjective knowledge is possible (e.g., alternative facts, epistemic relativism). Accordingly, we can speak of propaganda as anti-democratic strategic communication wherever normative choices are presented as objective truths without viable alternatives, where political dissent is delegitimized, stigmatized and dissenters intimidated; we can include all cases where the truth of factual claims is subordinated to political commitments, identities and normative apriorism, and where the possibility of sharing verified knowledge across political divides is denied – be that because others are seen as unable or unwilling to see reason, or because a different truth holds among them.

Using these criteria, it becomes possible to draw much more clearly the lines that distinguish legitimate from illegitimate strategic political communication. Whereas political campaigning, advocacy and activism structurally acknowledge the legitimacy of democratic choice – as these practices directly arise from people’s freedom to disagree – propaganda denies this choice, casting dissenters as objectively in error. Where technocratic, nationalist or populist discourse construct monopolies of truth that are inherently anti-democratic, they qualify as propaganda. By contrast, strategic content curation may inadvertently complicate the establishment of shared facts, however, it neither denies the possibility nor necessity of epistemic validation, and thus falls short of constituting propaganda. Purveyors of fake news – whether for political or economic gain – actively contribute to corroding the fabric of trust in conventional knowledge by disguising deliberate disinformation as journalistically validated products; in the same vein, where conspiracy theorists call upon their audiences to distrust all information, they may believe or intend whatever they will, they still contribute to debasing the possibility of democratic public discourse, and hence can be justly branded as propagandists.

While the proposed approach leaves many questions yet to be resolved, it advances our understanding in two important ways. On the one hand, it shifts the weight of defining propaganda from ostensibly objective criteria toward an acknowledged foundation in normative theory – a commitment to democratic pluralism. In doing so, this understanding of propaganda mirrors the positive understanding of PR, political communication and other forms of legitimate persuasive communication as founded in democratic principles and the information needs of pluralist society (Fröhlich, 2015). On the other hand, the distinction between the pathologies of normative dogmatism and epistemic relativism helps capturing empirical shifts in the rapidly evolving digital communication environment and regaining some traction in the analysis of contemporary political communication.

Christian Baden is a Senior Lecturer at the Department of Communication and Journalism at the Hebrew University of Jerusalem, Israel. His research focuses on the collaborative construction of meaning in dynamic, political public debates. Specifically, he draws attention on the processes of cultural and discursive resonance that render specific ideas intuitively plausible and account for their enduring presence in public discourse and thought. His publications have contributed to theory and methodology in research on framing, discourse dynamics and the social and psychological process of sense making in a political public sphere.